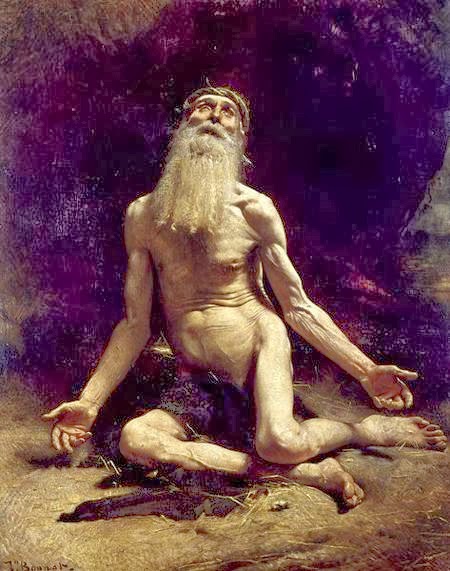 Lay thy hand upon him;
Remember the battle and do no more.
None is so fierce that dare stir him up:
Who then is he that can stand before me?
Who hath first given unto me, that I should repay him?
Whatsoever is under the whole heaven is mine. ~ Job 41

"God says this in order to bring his power and omnipotence impressively before jobs eyes. God is like the behemoth in the Leviathan; the fruitful Nature giving forth abundance,-- untamable wildness and boundlessness of nature,-- and the overwhelming danger of the unchained power...The Book of Job shows us God at work both as creator and destroyer.

A thought which humanity in every part of the world and in all ages has brought forth from itself and always again anew in similar forms; a power in the other world to which man gives praise, a power which creates as well as destroys, an idea necessary to life .

Since, psychologically understood, the Divinity is nothing else than a projected complex of representation which is accentuated in feeling according to the degree of religiousness of the individual, so God is to be considered as the representative of a certain sum of energy (libido).

This energy, therefore, appears projected (metaphysical) because it works from the unconscious outwards, when it is dislodged from there, as psychoanalysis shows... As is easily understood, that which is valuable in the God-creating idea is not the form but the power, the libido."

~ Psychology of the Unconscious Carl Jung
Posted by Unknown